Adopted and modified from “WebMD Medical Reference Reviewed by Whitney Seltman on July 20, 2020″
For most people, cataract surgery goes smoothly. You end up with better vision and recover without any long-term issues. But like any surgery, there are risks, especially if you have other eye problems or a serious medical condition. So it helps to know what might go wrong. You can keep a close watch on any symptoms and call your doctor if something seems off.

Due to the nature of cataract surgery, posterior capsule tears may occur at any point during the operation. The capsulotomy step of the surgery is the most crucial, not only to create an opening to access the nucleus of the lens, but also due to the associated high risks if improperly performed. Loss of the vitreous due to capsular rupture can lead to severe visual disability and other complications previously mentioned such as retinal detachment. Risk factors that contribute to increased likelihood of vitreous loss include deep-set eyes, narrow palpebral fissures, high myopia, glaucoma, previous pars plana vitrectomy and a previous history of vitreous loss. Systemic risk factors include Marfan syndrome, morbid obesity, hypertension and diabetes. There are several intraoperative signs that suggest that the posterior capsule has been broken: deepening of the anterior chamber, absence of lens material that has not yet been removed, sudden appearance of an area of the posterior capsule that appears “too clear,” vitreous in the phaco or aspiration tip, or movement of the lens away from the phaco tip. Rupture of the posterior capsule can lead to other secondary complications of cataract surgery. Early recognition is vital to preventing further damage. Secondary complications can include: cystoid macular edema, retinal tears/detachment, glaucoma, corneal decompensation, endophthalmitis, retained lens material, prolonged postoperative inflammation, prolonged case time, and patient discomfort.

The most common complication of cataract surgery is dryness. The most serious complication is infection. Avoid rubbing the eyes and using the injection antibiotics significantly decrease the chances of having such a rare but serious complication. Wearing eye-shield at night for the first week and optional sunglasses during the day decrease the chances of accidentally rubbing the eye and opening the wound allowing infection and bugs to get into the eye. 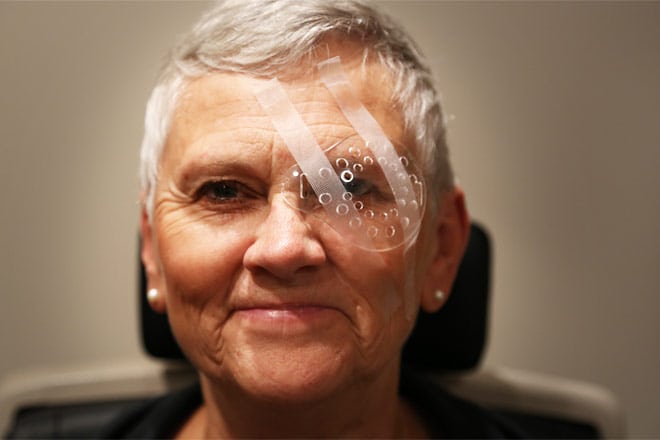 Eye-Shield for Sleeping During the First Week 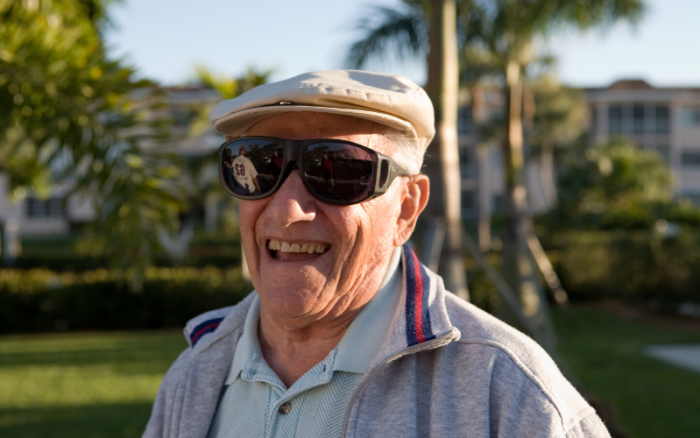 Sunglasses Daytime During the First Week 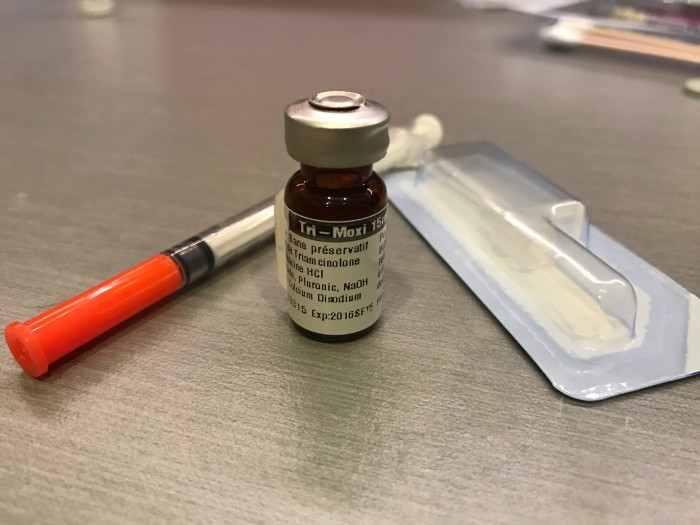 Antibiotics Injection at the end of surgery, significantly decrease the infection incidence

Germs that get in your eye during surgery can lead to an infection. You might feel sensitive to light or have pain, redness, and vision problems. If this happens to you, call your doctor right away. Infections after cataract surgery are rare, but if you have one, you’ll get a shot of antibiotics into your eye. In some cases, your doctor also removes the vitreous, the clear gel in the center of the eye, to stop the infection from spreading. Infection is a rare, with an incidence of 1/1000 in general. Dr. Youssef uses Antibiotics inside the eye which decreases the rate to 1/7000. 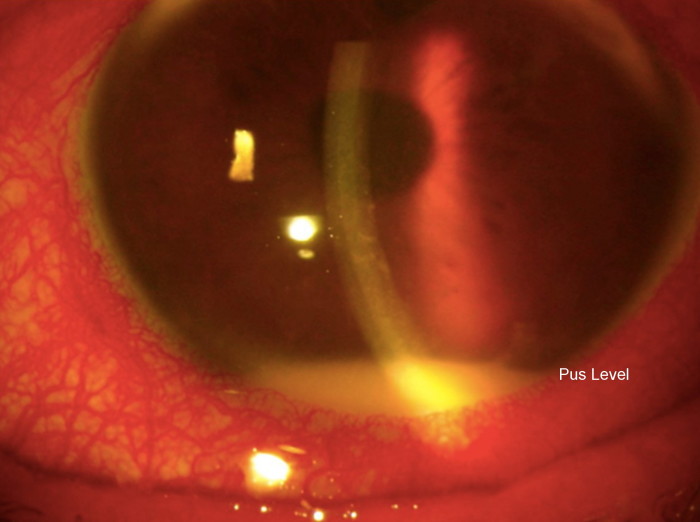 A little swelling and redness after surgery is normal. If you have more than usual, you’ll get eye drops or other medicine to take care of it.

The retina sits way back in your eye, sensing light and sending messages to the brain. After surgery, you have a slightly higher chance that it pulls away from the back of the eye — a problem called retinal detachment.  It’s an emergency that could cause loss of vision. See your eye doctor right away if you: 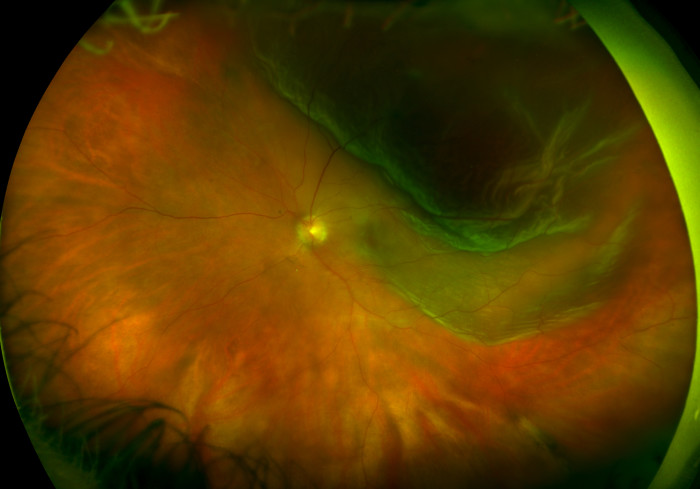 When your doctor removes your cloudy lens during cataract surgery, some pieces may fall into your eye and get left behind. Small ones aren’t a problem, but bigger ones can be. You may need surgery to remove the vitreous and prevent swelling. 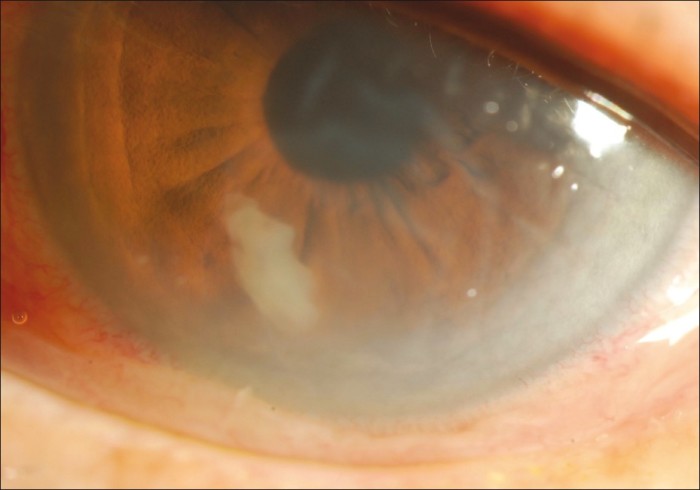 Fluid Buildup in the Retina (CME)

Sometimes after surgery, blood vessels in the retina leak. As fluid collects in your eye, it blurs your vision. Your doctor will treat it with eye drops, and it could take weeks or months to heal. It usually gets completely better. In more serious cases, you may need a steroid shot behind the eye or surgery. 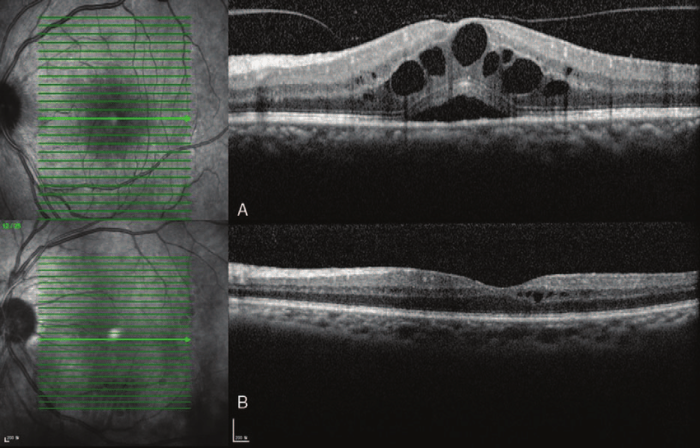 The IOL is the artificial lens your doctor puts in your eye during surgery. It can slip out of place, causing blurred or double vision. It can also lead to more serious issues like bleeding and swelling. You may need surgery to get it back in position or to put in a new one. 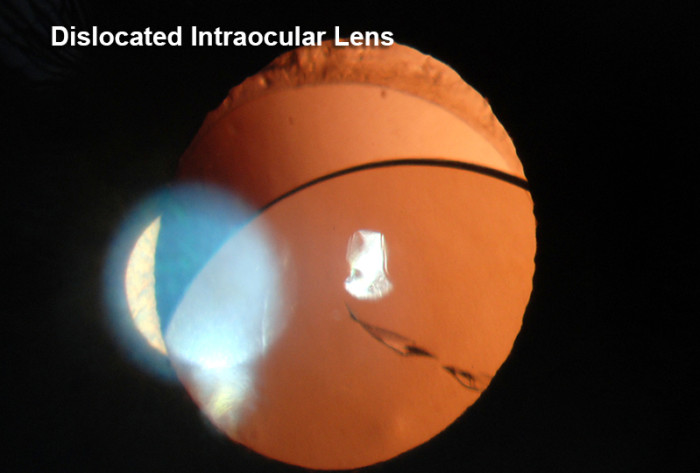 The lens capsule surrounds the eye’s lens. Cataract surgery removes the front part of the lens but leaves the back in place. That’s where you may get a secondary cataract, also called posterior capsule opacification (PCO). When that happens, your vision may get cloudy again. It usually happens eventually after cataract surgery. To fix it, you need a procedure called YAG laser capsulotomy. Your doctor uses a laser to create a hole in the back of the lens capsule. That lets light pass through so you can see normally. It’s painless and takes about 5 minutes. This happens to everybody who has had cataract surgery and is a natural process.

Swelling in the Cornea

The cornea is the clear, front part of the eye. It may get swollen and hazy after surgery, making it harder to see. This problem is almost always temporary and gets better in days or weeks. Your doctor may treat it with eye drops. 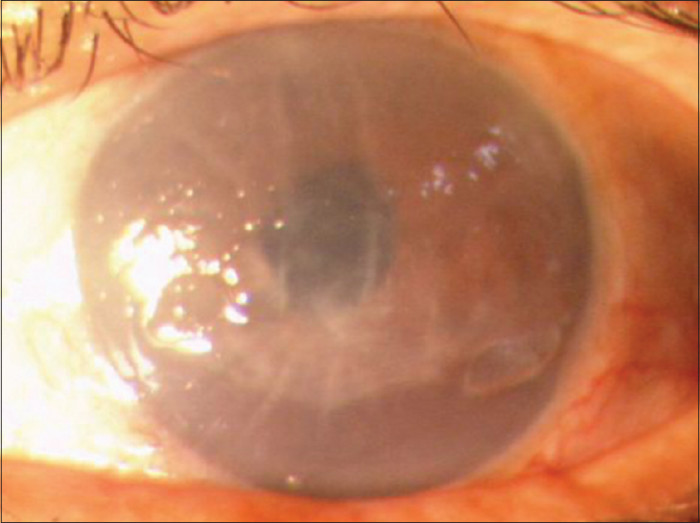 It’s rare, but during surgery, blood vessels that supply the retina may start bleeding for no reason. A little bit of blood isn’t a problem, but larger amounts could lead to loss of vision. After surgery, blood may collect between the cornea and iris — the colored part of your eye — and block your vision. Eye drops may help, and you’ll need to rest in bed with your head up. If the blood doesn’t drain or causes too much pressure in your eye, you may need surgery. 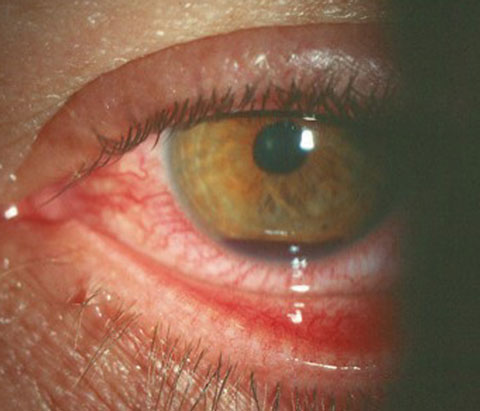 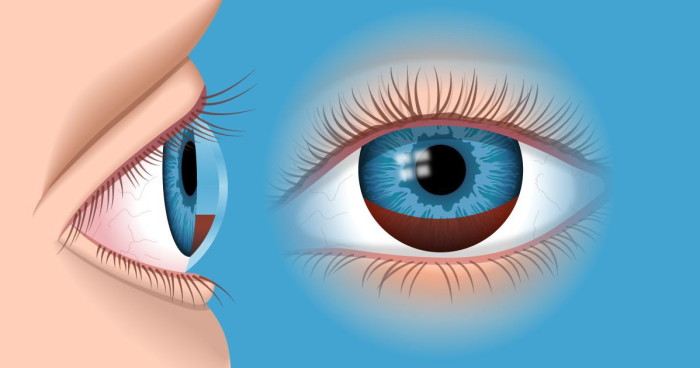 Floaters and Flashes of Light

Sometimes, these floaters have been there from before the surgery, hidden by the cataract. Once the cataract is removed, you can start noticing these floaters. However, the surgery can cause posterior vitreous detachment, where the vitreous separates from the retina. It makes you see moving spider webs and clouds in your vision, along with flashes of light. Usually, it gets better on its own within a few months. Because the symptoms are similar to retinal detachment, call your doctor right away to get checked out. 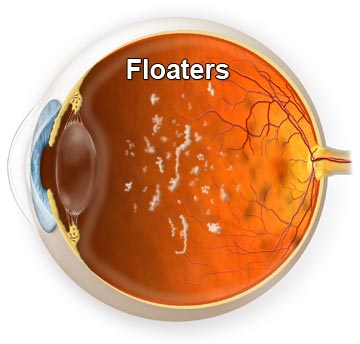 For some people, surgery raises pressure in the eye. It’s called ocular hypertension and can damage your vision. Your doctor may suggest you treat it with eye drops, shots, or pills. Swelling, bleeding, or leftover lens fragments can cause greater pressure in your eye, which can lead to glaucoma. How it’s treated depends on the specific reason it’s happening. If your optic nerve gets damaged, you might also need glaucoma surgery.

This can be normal, and common, but if it lasts more than a couple of days, talk to your doctor. Sometimes, you just need to wear sunglasses for a few months until it goes away. But it could also be a sign of another issue, like too much inflammation in your eye, and you may need eye drops. 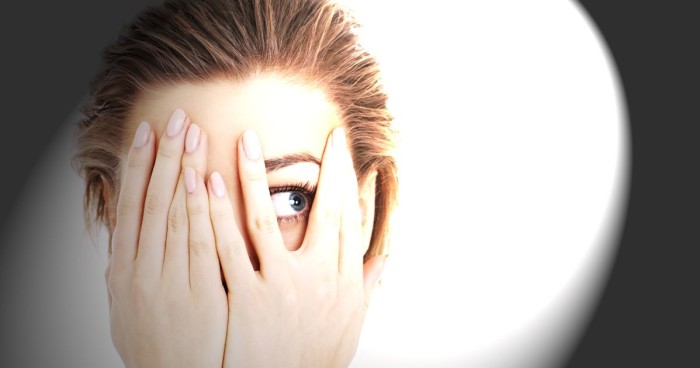 Also called ptosis, this is a common condition after eye surgery. Doctors don’t know what causes it, but it typically goes away on its own. If it lasts more than 6 months, you may need surgery. 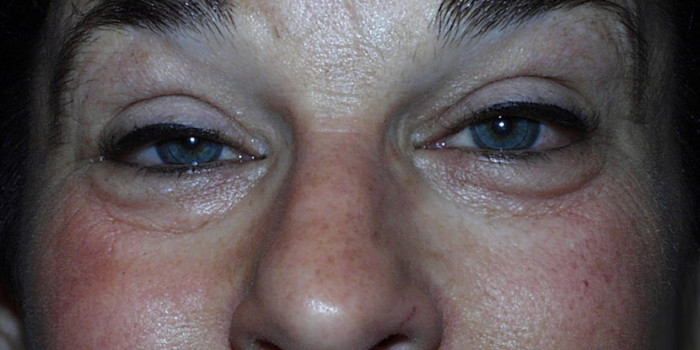 This causes you to see visual effects, and there are two types: 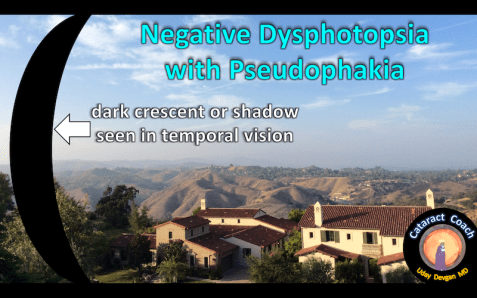 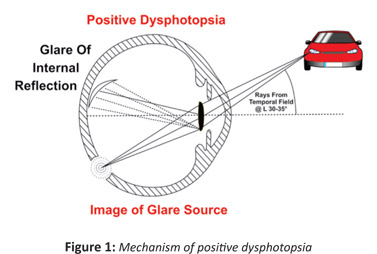 Doctors don’t know why it happens, and it often goes away on its own. It’s more likely to last when it’s the negative kind. Typically, you wait and see if it gets better. You might try eye drops or even glasses with thick rims so you don’t notice the shadow as much. If it goes on for months, your doctor may suggest surgery. You might get a new lens or try a second lens on top of the first.